Tik Tok or Not 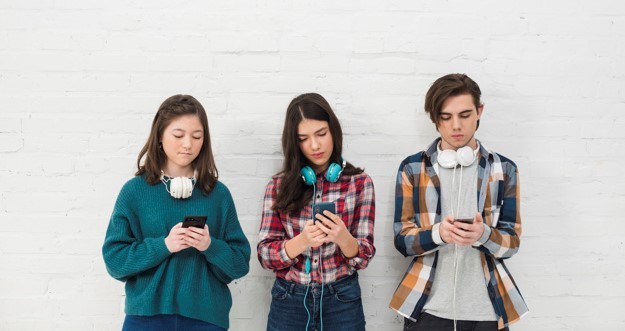 The social media giant took a gamble and bought out a new social media platform under the name of Vine. As the platform grew and grew, it proved to be one of the first gold mines for Gen Z users. The concept was simple. Users could sign up for free and create fifteen-second videos of any sort. From lip-syncing to pranks, Vine was an instant hit. In no time, the platform reached 200 million active users, granting certain users with fame and brands with fantastic marketing tactics. It dawned a new age for businesses and users alike, with gaining fortune from one viral hit. Vine seemed to be an unstoppable force…that is until the fateful day the platform came crashing down.

For a long time, it seemed that there would never be an alternative. With Snapchat and Instagram capitalizing on the generation’s video cravings, the need for Vine was finally satisfied. Until ByteDance, a young Beijing start-up crushed all assumptions in early 2019. Their video app, Tik Tok, took on the digital world by storm. Through lip-syncing, dancing, memes, and having a good time with friends, Tik Tok grew overnight, becoming a modern-day essential marketing tool that no one saw coming.

With 500 million active monthly users, Tik Tok’s online community creates readily shareable content. You may be reading this thinking…”this sounds fun, but how could dancing teenagers affect my brand?” Due to the insanely high rates of engagement and active users it contains, dancing teenagers, for certain brands, Tik Tok is their missing marketing tool. Currently, the largest advertisers on Tik Tok in Canada are Skip The Dishes and Poshmark. Yes, both Skip The Dishes and Poshmark are apps, yet neither of their target audiences make up the majority of the server. In an online world of teens in scrunchies speaking in a foreign language of “and I oop,” the Gen Z audience can seem like aliens. Most advertisers have a hard time advertising to the growing market and miss the mark by overcompensating. Both Skip The Dishes and Poshmark are apps that require a form of payment, which to us doesn’t seem like a realistic option for fifteen year old boys and girls without a job to want to use either application. Brands on Tik Tok need to be carefully sifted through so we don’t pull another Bell. The Canadian wide telecommunications company never ceases to reach the bar of being “hip” and relevant. Bell hops on trends months later, until there is no relevancy to the terms that their ads use. In September Bell released a billboard in Toronto using the term “GOAT” for the latest Samsung product. Sorry Bell, but you are about three years late on that one. So, before you think about using Tik Tok as your next marketing tool, think of your demographic and relevancy among that on the platform (and don’t be a Bell). That being said, there are certain relevant brands that have yet to make use of dance videos that should. As a high schooler, McDonald’s is the go-to spot. No matter where you are in North America, those golden arches are influential to any demographic. McDonald’s currently has a profile on Tik Tok for Japan and France headquarters, but they yet to have make a profile for the most relevant countries using the app. If McDonald’s made low budget fifteen second videos promoting their brand, they could gain the attention and respect of younger target audiences.

Tik Tok is packed with cost-effective promotional tools. With built-in text, filters, and any song your heart could desire, a full-blown production is sitting in the palm of your hands, making the job as easy as clicking download. Much like Vine, Tik Tok runs on an engagement-based system. Through hashtags and previously liked posts, the app feeds a constant loop of specified content to please every user. Much like Vine, in our eyes this “game changing” app is only a phase. There is always the latest fad, that gets swooped away by bigger companies. Recently, Instagram is testing Reels, a new video format within Instagram Stories. The update will allow users to create 15-second videos to any song, which sounds all too familiar to us. The truth of the matter is, if Instagram introduces this feature, the creator won’t have to work up a new fan base or have multiple unnecessary apps on their phone.

Where do we, Full Scoop fall into the equation? Though many companies are jumping at the chance to showcase their creativity through the platform, we don’t mind sitting back and scrolling for now. To us, we are not a relevant company to survive on the platform’s fifteen seconds of fame. We’ll leave it to the VSCO girls and E-Boys for now.